User churn helps you better identify the users that have an active login (i.e. license) to your product vs those that have a deactivated one (and thus can no longer access your product).

To configure automatic tracking of churned users, either head to your account's Settings and navigate to Lifecycle Tracking -> User Churn Rules. Alternatively, open our Quick Jump window (Cmd+K on a Mac, Alt+K on a Windows) and search for "user churn". 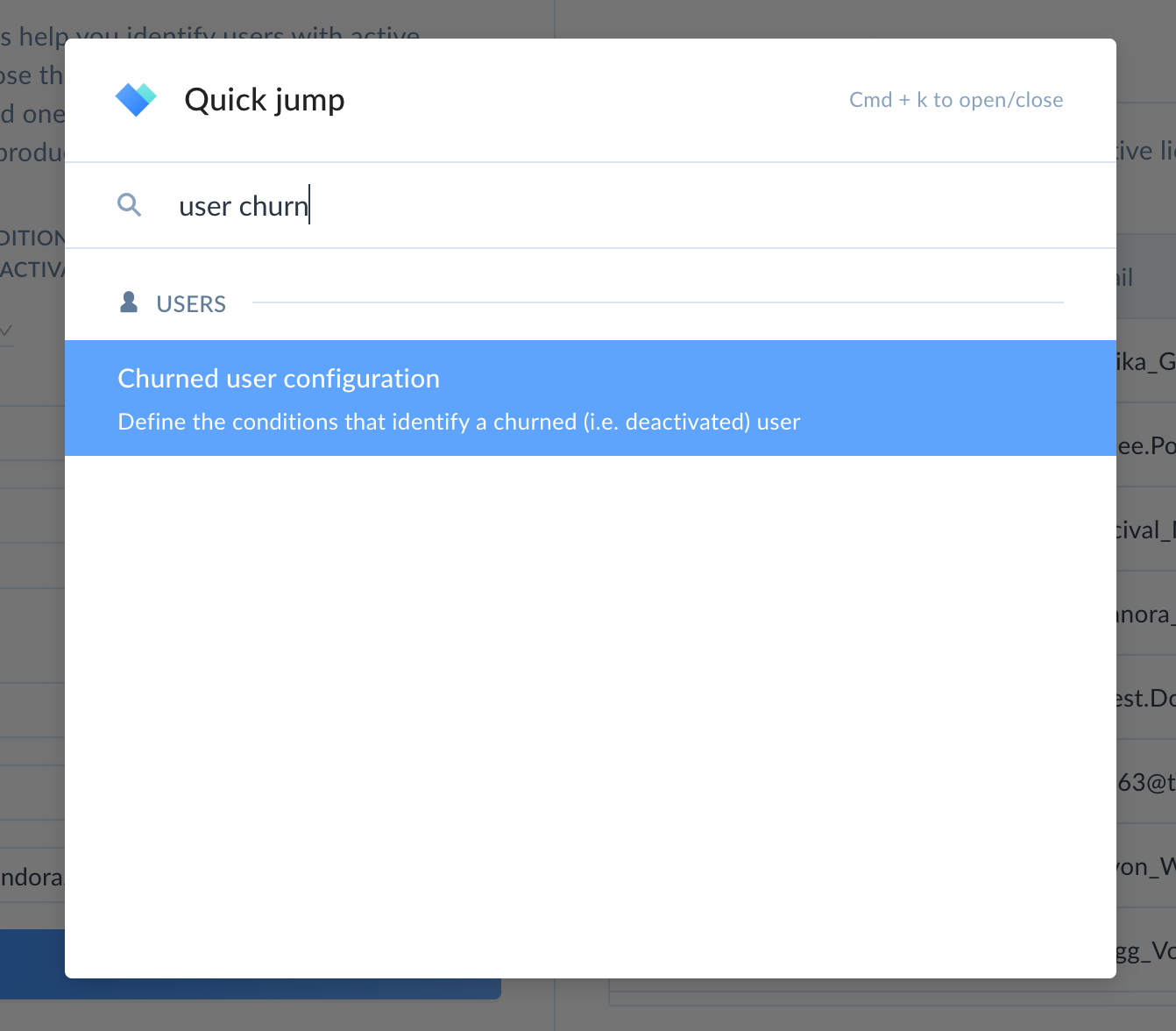 Once there, you'll simply need to configure the rules that identify your churned users. The most common scenario is to send Vitally a user trait such as deactivated,  which should be set to true for any deactivated users. 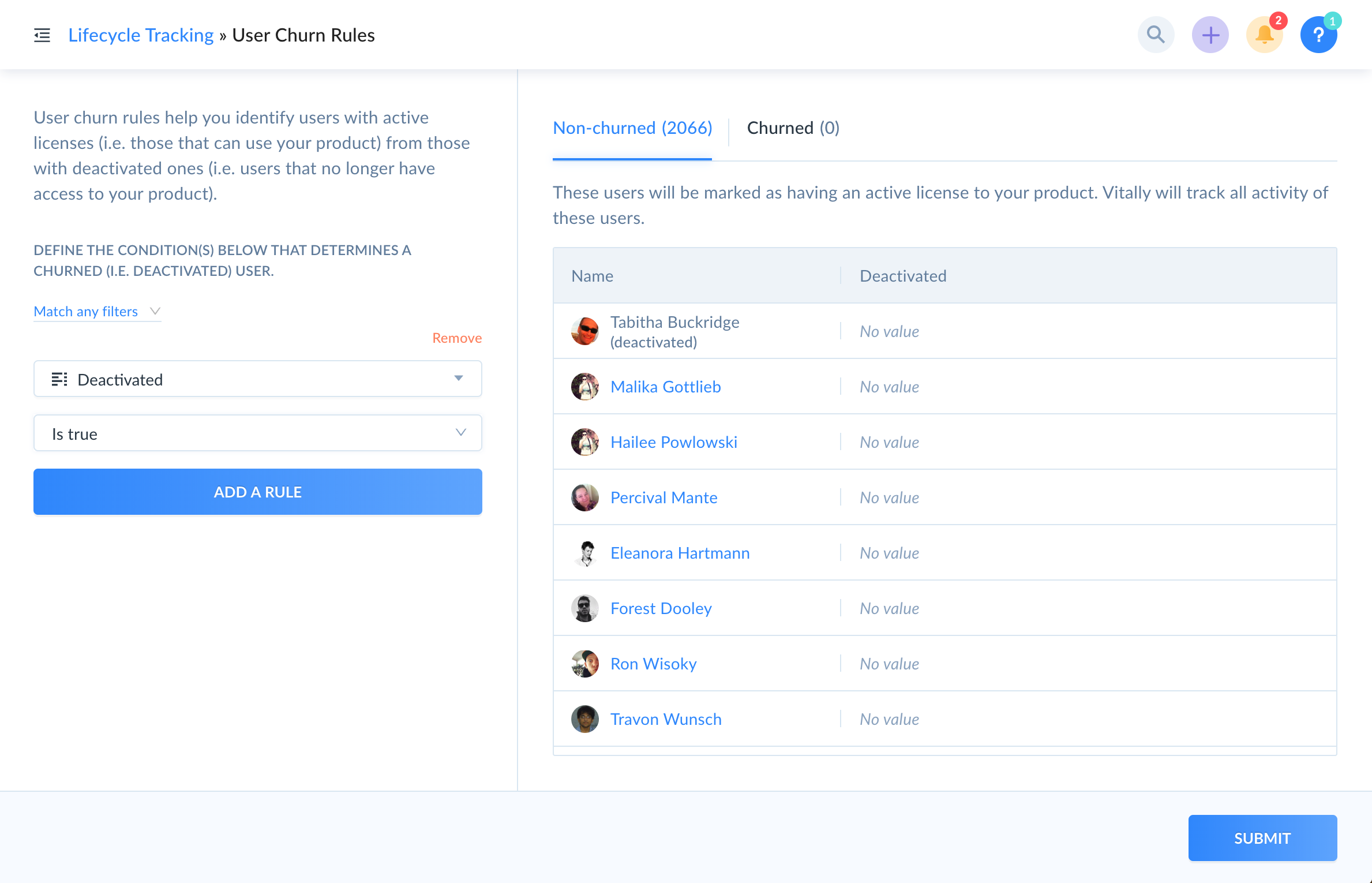 When configured, Vitally will then set a Deactivated date trait on your users as users match your rules.

Once a user churns, we move them out of the default list of accounts. However, you can easily view your churned users by clicking the switch you'll see above all user lists in Vitally.

While this feature is meant to auto-flag users once they have their license to your product deactivated, another use case is to auto-ignore team members (on your team) that are able to log in to your product on behalf of a customer.

To address this use case, you may want to consider adding a rule on the user's email that flags anyone with your email domain (e.g. "contains @vitally.io") as deactivated.

There are a few important points about churned users to keep in mind:

Any product events sent by churned users are ignored
Once a user is set to churned, Vitally will no longer track any activity that user has with your product. We do this for basically the use case above - so that your team members don't pollute you Vitally data.

If the user moves back into an active state (i.e. they stop matching your churn rules), that is when Vitally will start tracking the user's activity again.